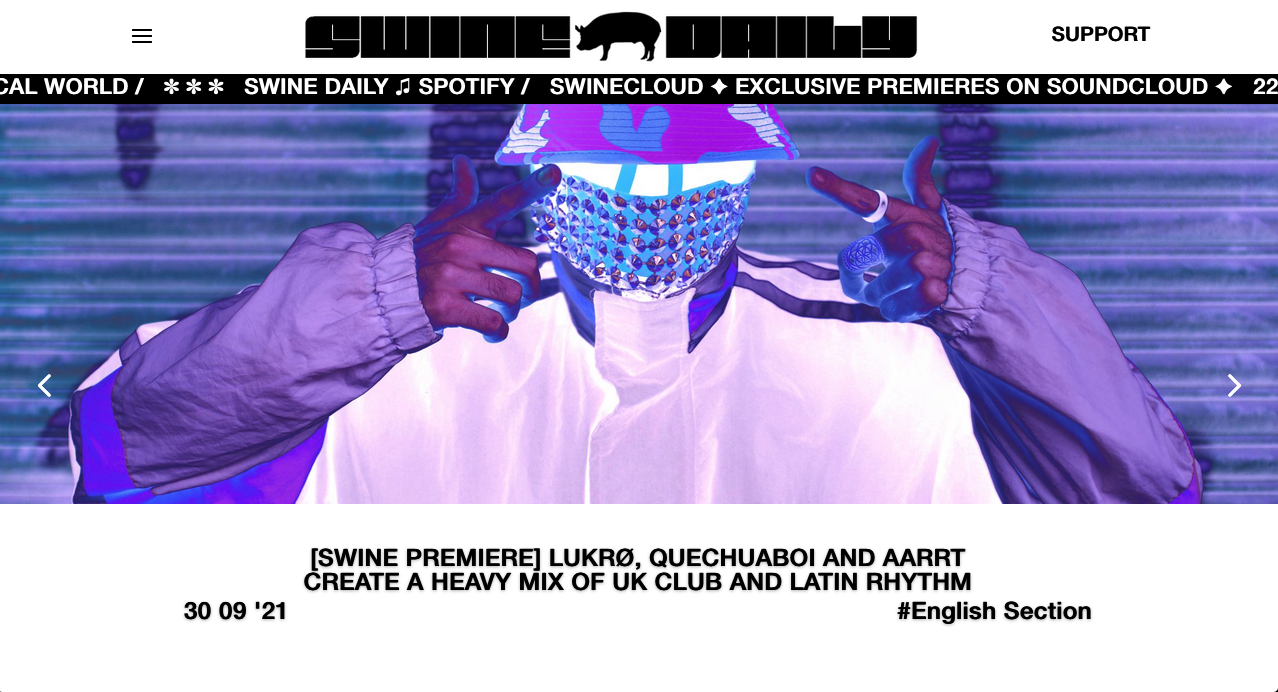 Peruvian label Matraca releases a new EP Colision on October 1st. It is the most recent musical project from Mexico City-based artist Lukrø [PE] with the special featuring of Qechuaboi [PE], and wild remixes from UK and US with AARRT [Manchester], Glimmerman [Scotland] and Phyzical Trax [TXS] making this one of the hottest albums of the season with the special 3D art cover made by Asdrubal Gomez.

4th track on the EP – „La Maldita“ (cursed), which we are premiering on Swine Daily, is a heavy club remix by Manchester-based production and DJ duo AARRT. Dark (gqom-resembling) synths and massive club percussion create a unique mixture of UK club music and Latin rhythm.

Peru’s own Lukrø is a worldwide known underground Producer and DJ that has performed and worked in more than 20 cities around the globe and this is his 6th official EP. Colision presents us with two original tracks and 4 remixes made for the club where electronic and urban Latin music clashes: Dembow, House, Deconstructed Club and Latin Urban finds a way to blend together. The worldwide remixes are made in diverse club styles like Techno, Jersey Club & UK Bass for you to pick up your favorite dose to dance all night.